For lung health: Get to know mullein 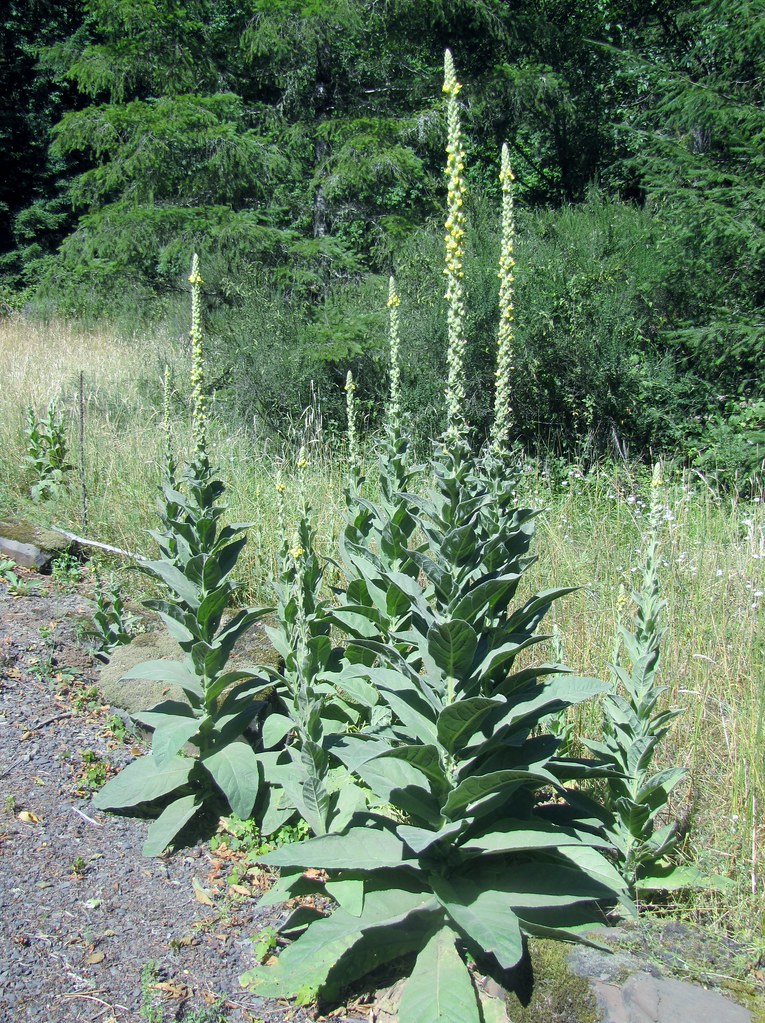 Mullein is one herb that is easy to harvest locally, and it is a good supplement to keep handy for lung health during wildfire season and when dealing with irritations and infections caused by viruses and allergies. Mullein grows wild and abundantly in Oregon, popping up along waterways, ditches, roads and at the edges of forests. The common mullein plant belongs to the snapdragon (Scrophulariaceae) family, evident by its tall flowering head of bright yellow blossoms.

Mullein is well known as a traditional treatment for respiratory problems, offering relief with chest colds, bronchitis, and asthma. Both the leaves and flowers contain mucilage, which is soothing to irritated membranes, and saponins, which make coughs more productive. Research has shown that the herb has strong anti-inflammatory traits, and some studies indicate that mullein flower infusions have antiviral properties, as well. Some studies also highlight the plants emollient qualities as it contains glycyrrhizin, a compound that aids in wound healing.

As a known expectorant, mullein helps remove excess mucus from lungs while soothing the mucus membranes. People who suffer from symptoms of bronchitis, heavy coughing, chest colds and asthma may find relief from mullein (leaf and flower) tea as well as in the form of OTC herbal supplements. Natural detergents contained in both the leaves and flowers support the releasing and expelling of phlegm from the walls of the lungs. It also contains mucilage, a gelatinous substance which soothes any irritated membrane.

How to use it 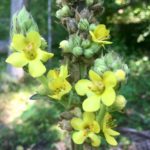 Dried mullein leaves, flowers and roots can all be used to heal a variety of lung conditions. As mullein can be harvested locally, mullein leaf and flower tea is a very good method for using the herb. Leaves chopped and steeped in boiling water for 10-15 minutes; mullein tea can be consumed up to 3 times a day. Gargling the cooled tea is also very effective for relieving coughs and soreness in the throat. The leaves of mullein make a very mild tasting tea, while the blossoms tend to taste sweeter.

Another great way to benefit from the healing qualities of mullein is by preparing an inhalant. A simple preparation for mullein inhalant is to set a handful of chopped leaves in water to boil. After five minutes or so, remove from heat and making a tent out of a towel, inhale the steam to relieve coughs, congestion, and asthma. Dried variations of mullein in the form of capsules, loose leaf, tea and tinctures are readily available through the Hawthorn Medicinary.

The science of mullein

There are many different mullein species, and studies show many have polyphenols, compounds which can have antioxidant and anti-inflammatory properties. Antiviral properties – Some lab studies have shown Verbascum species to have antiviral activity against influenza A and herpes. One laboratory study found combining the medication amantadine with mullein increased antiviral activity against influenza.

A CAUTIONARY NOTE: Mullein seeds are not to be ingested as they are mildly toxic! Although mullein leaves are soft to the touch, the fine hairs can cause skin irritation rashes in some people. Always consult with your primary care physician before adding herbs to your diet, particularly if you are taking prescription medications.

Sign up to receive our newsletter and to get up-to-date information about our events, classes, special offers and other important information.

This website uses cookies to improve your experience while you navigate through the website. Out of these cookies, the cookies that are categorized as necessary are stored on your browser as they are essential for the working of basic functionalities of the website. We also use third-party cookies that help us analyze and understand how you use this website. These cookies will be stored in your browser only with your consent. You also have the option to opt-out of these cookies. But opting out of some of these cookies may have an effect on your browsing experience.
Necessary Always Enabled
Necessary cookies are absolutely essential for the website to function properly. This category only includes cookies that ensures basic functionalities and security features of the website. These cookies do not store any personal information.
Non-necessary
Any cookies that may not be particularly necessary for the website to function and is used specifically to collect user personal data via analytics, ads, other embedded contents are termed as non-necessary cookies. It is mandatory to procure user consent prior to running these cookies on your website.
SAVE & ACCEPT
Skip to content
Go to Top